It has been another busy week in Year 5! In Science, we continued our investigation of the properties of materials by carrying out an investigation to see if the form of a material affects its flexibility. We designed our own investigation to test cardboard in different forms.

In Art, we began our design of a picture to go on the side of a crib for a baby (linked to our English legend, The Legend of Gelert). We looked at natural materials (leaves, trees, water etc) and the shapes that we could create with them.

We also braved the weather and went for a walk to the Hoddlesden reservoir! As part of our Geography learning, we are thinking about the distribution of natural resources. We went to have a look at the reservoir so that we could consider our key questions:

Investigating the properties of materials!

This week, we continued our exploration of the properties of materials in Science. We looked at the materials used on a bicycle and thought about why those materials would have been used. After that, we wrote a Haiku poem about our chosen material and its properties. We love poetry!

In Geography, we started looking at natural resources (e.g. oil, coal, natural gas), making links to the Industrial Revolution in History. We will continue to look at the natural resources that were found or used locally, e.g. coal and cotton.

In Art, we created an observational drawing of shells (natural materials) using pencil or charcoal. We are very lucky to have the help of Mrs Clitheroe!

The first week of our new topic was pretty busy! We started off the term with our whole-school STEM Day, where we took part in lots of fairy tale problem-solving activities with other classes.

We read our focus text in English, The Legend of Gelert, to set the scene for our STEM-related learning.

In Science, we began looking at materials and their properties. We thought about designing a crib for the baby in The Legend of Gelert; we linked this to Design & Technology and researched existing products.

At the end of the week, we went on a trip to Digital Advantage in Manchester for the launch of our Digital Blast Computing project. We LOVED it! It was an exciting day full of logo designing, website creating and video making! We can't wait for the next part of the project.

What did the parents say? Here are some of the comments from parents and carers of the Year 5 children...

Most of our learning this half term has been in preparation for Shang Dynasty Day! We spent the day dressing up, doing drama, performing our music and making our healthy, savoury Chinese dish. We loved it!

We did a super job of performing our Chinese music to Year 1, using the glockenspiels. Following this, we used drama to show what life was like in the Shang Dynasty at different levels of the social hierarchy. Our acting skills are incredible! During the afternoon, we completed our Design & Technology brief by preparing and cooking our savoury Chinese dish...and then spent some time enjoying it!

It was a fantastic way to bring all of our learning together for this half term.

The different levels of the social hierarchy...including King Ben! 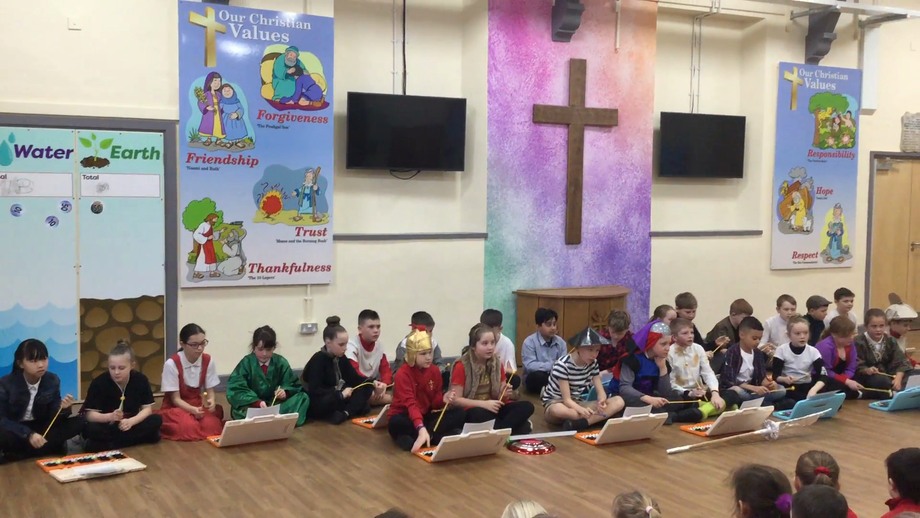 We used only the sharp notes on the top row of the glockenspiel to play our Chinese-inspired music. 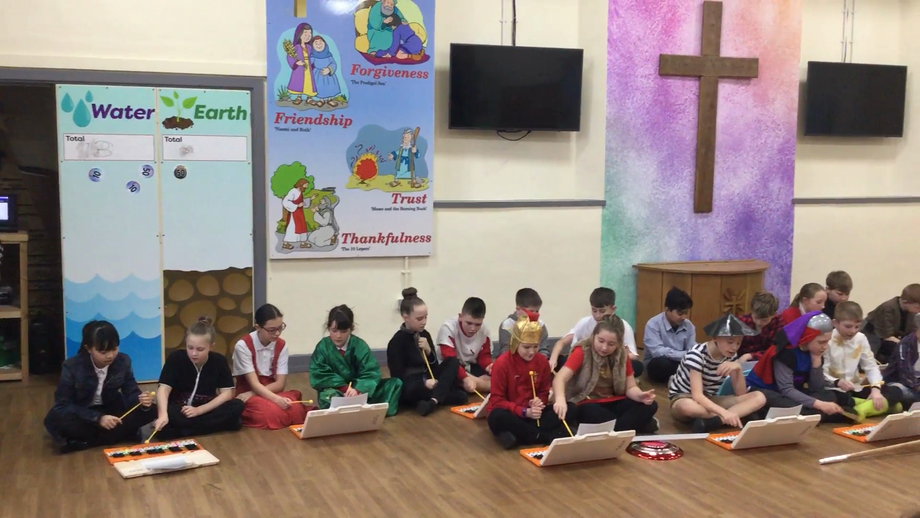 Practising for our drama! 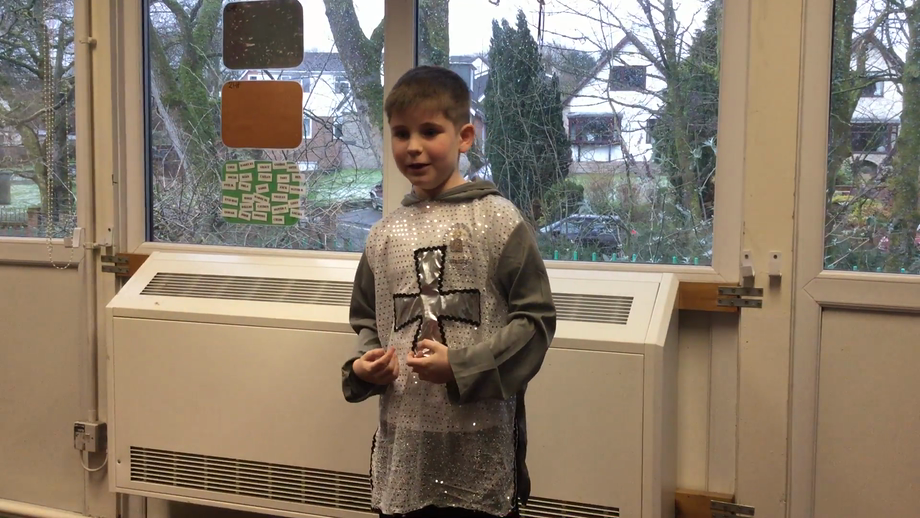 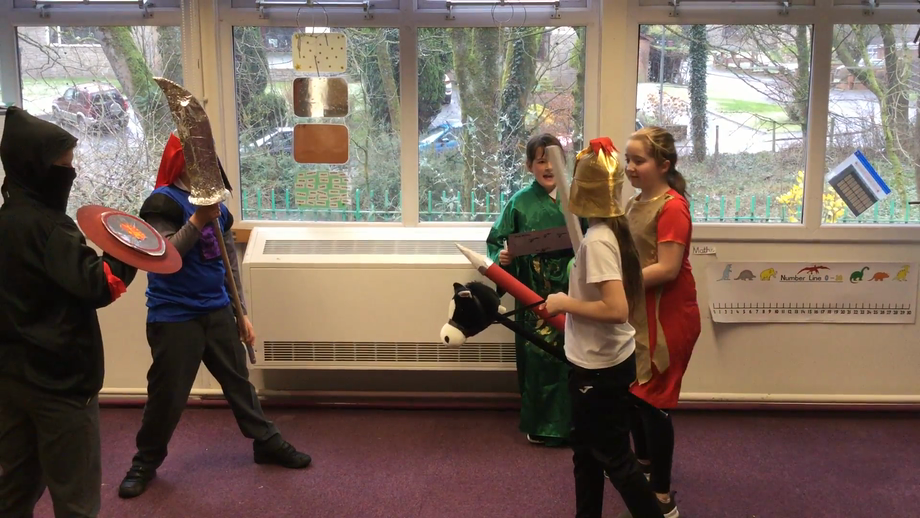 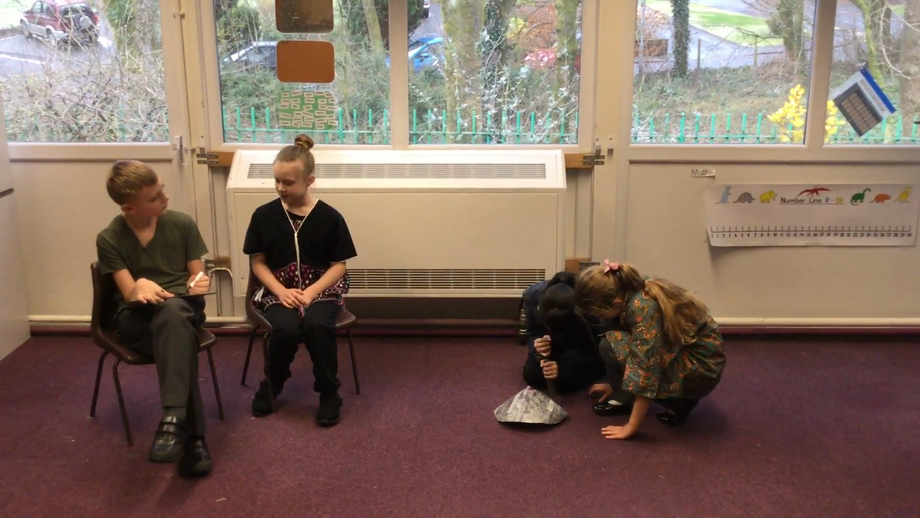 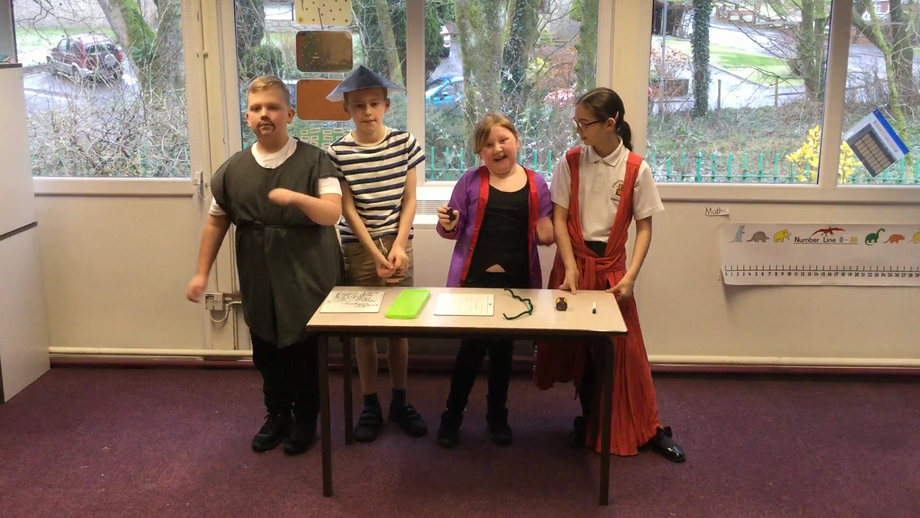 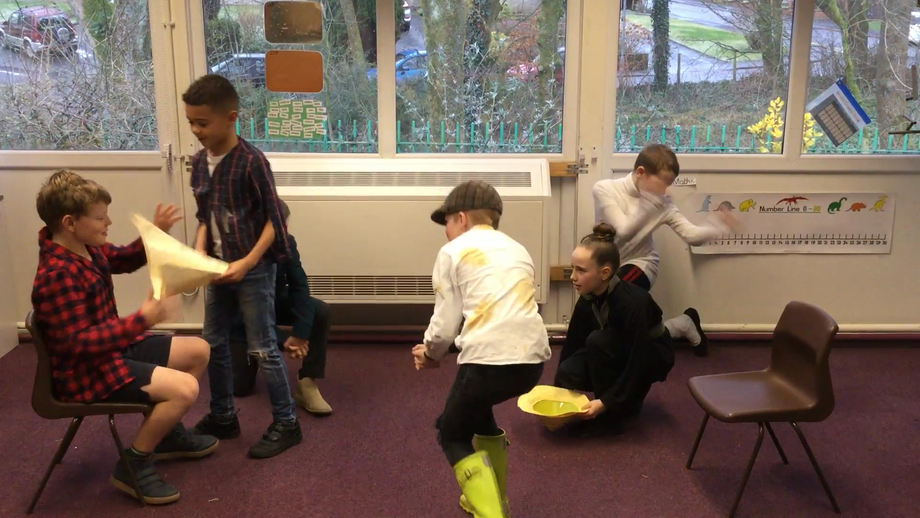 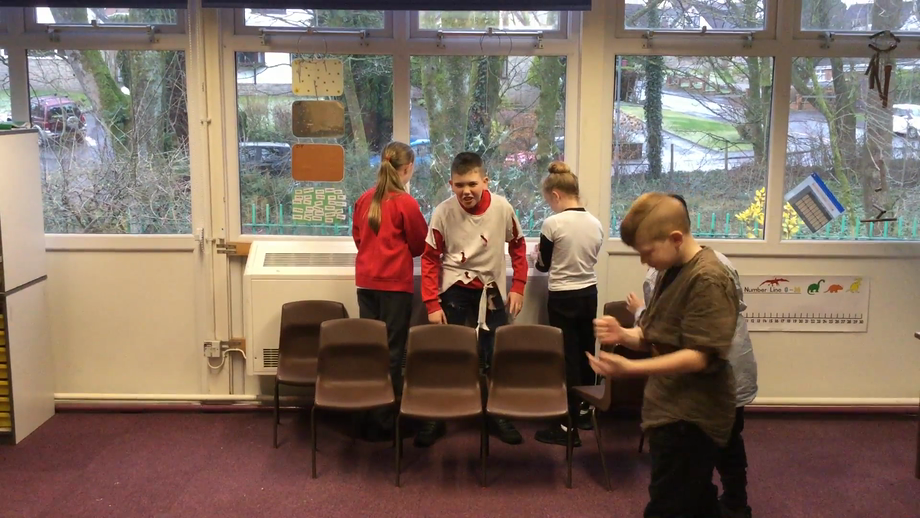 The last couple of weeks have been very busy!

We have been practising our Chinese music to get ready for our performance on Shang Dynasty Day...Year 1 will be the lucky audience!

Our Design & Technology outcome was a healthy, savoury Chinese dish. Before we could make it, we had to taste some Chinese vegetables to see which ones we would like to use in our own dish. The tasting was definitely an experience...some of us were not keen on having to eat vegetables! After we had eaten them, we described what they tasted like and voted on which ones we liked.

We made a recipe card that includes a list of ingredients and instructions on how to create the dish. We also wrote a descriptive blurb about the dish as a class...it is so good, Mrs Scholes might send it to Gousto!

In History, we learnt about a military general called Fu Hao. Her life was unusual because women were not usually in those positions in Ancient China. To link it to the modern day, we wrote questions for a lady who recently served in the Royal Navy, asking about her experience as a woman serving in the military.

We also found out about the end of the Shang Dynasty and learnt that the last Shang emperor, King Di Xin, was overthrown because he was apparently a cruel leader. His own people joined the enemy forces in order to defeat him. That was in 1046BC. We discussed whether we would have supported the existing king or joined forces with the other side to get rid of him!

Over the last few weeks, we have looked at the achievements of the Shang Dynasty. Amongst other achievements, they had a well-organised and powerful army, they used bronze effectively and they developed an early form of writing. We have presented the information we have learnt in an entertaining way!

As part of our Design & Technology topic, we researched the food that people in the Shang Dynasty would have eaten and compared it to the diet in modern-day China.

We have also started the Music element of our topic, looking at pentatonic scales. We have been using the glockenspiels to create Chinese music, using only the notes at the top of the instrument.

Using the glockenspiels for Chinese Music 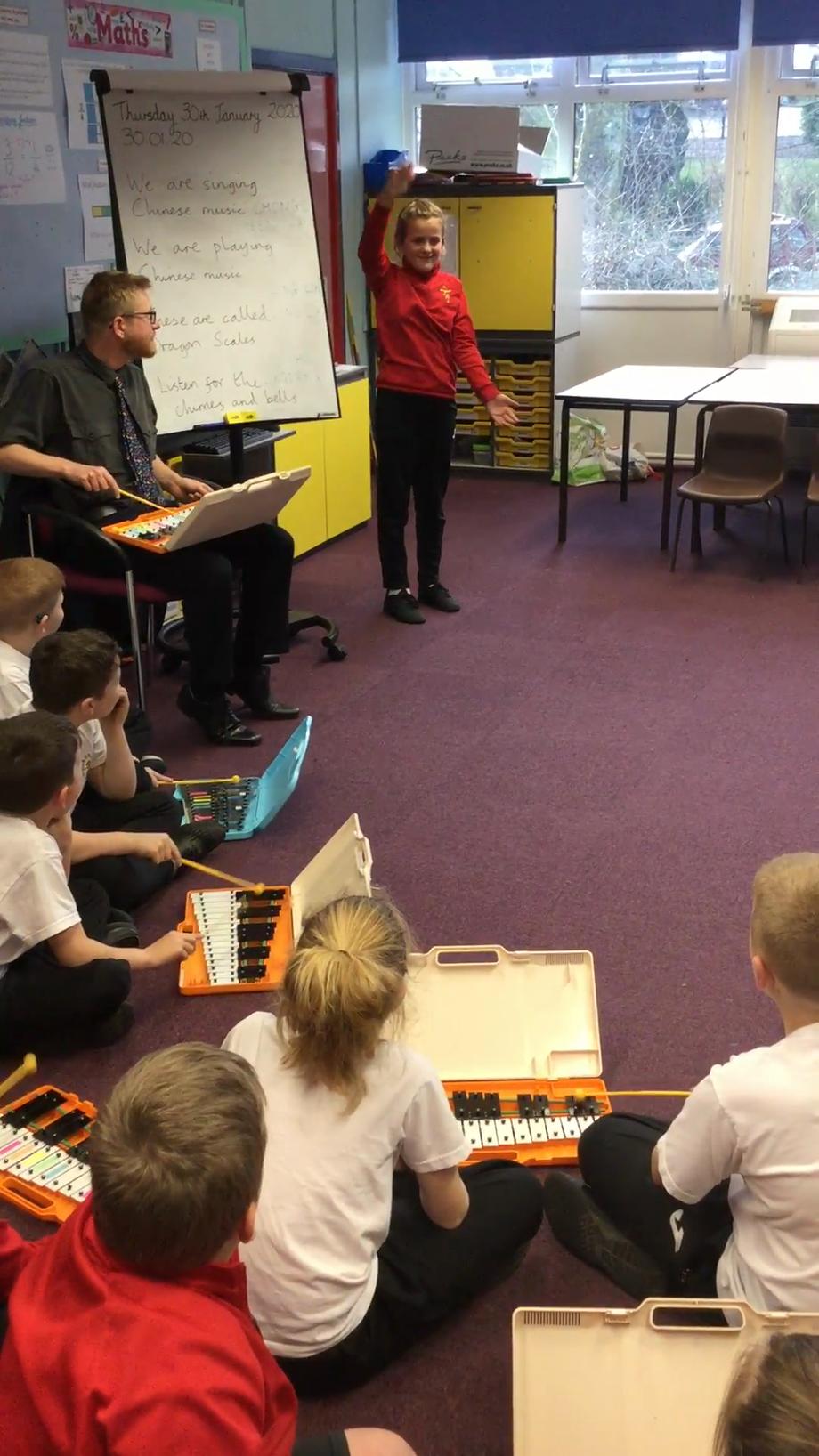 In the second week of our topic, we enjoyed a Chinese ribbon dancing session! We then revisited the social hierarchy of the Shang Dynasty, using drama to explore what it would have been like for people living at each level of the social structure.

In PSHE, we used drama techniques to explore positive, healthy relationships and how to form and maintain them.

After that, we started to look at the social hierarchy of the Shang Dynasty and who was important at that time.

We linked our Science with History and Design Technology by creating a simple circuit within a model. Here are our representations of WWII factories with a lights and sirens that when switched on/off, the lights go out and the buzzer sounds out. We did this to replicate London during the Blitz.

While investigating common factors, we used counters to represent out findings.

In our Science lesson this week, we learnt about asexual reproduction in plants. Some plants can reproduce without an egg cell being fertilised to produce a seed. Only one parent plant is needed and the offspring are exact copies (clones). We are going to try to grow new plants from a parent plant!

Take a look at our sculptures on display at Blackburn Making Rooms.

Demonstrate that dissolving, mixing and changes of state are reversible changes.